Big Avalanches on the Nisqually (Rock AND Snow)

Late in February, we received word from the Pacific Northwest Seismic Network and the University of Washington that there had been a noticable surface seismic event (not an earthquake) that appeared to be near the top of the Nisqually Cleaver.  You may recall that in the summer of 2012, a large portion of the Nisqually Cleaver gave way at about 12,000 feet and tumbled down to about 8000 feet on the Nisqually Glacier.  This wasn't as big, but nevertheless the PNSN and the UW gave us a heads up and asked if anyone had seen anything.

The following images were taken on Friday February 28th from the Muir Snowfield: 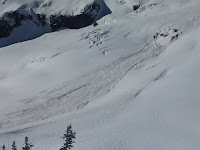 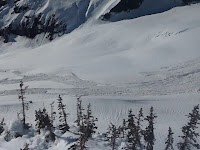 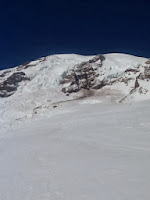