It's been one long year since we lost you.
We won't ever forget your friendship or your style.
Thanks for the inspiration to do more, do it better.
The mountains are still out there.
We're still climbing.
Miss you a ton. 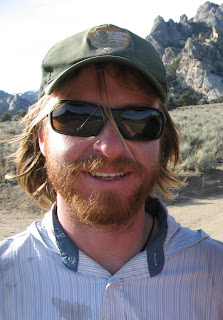 We just got through a really busy weekend here at Mt. Rainier and thoroughly enjoyed all the people we met. Seems like everyone was in really high spirits. Don't know if it was the $20.00 people saved at the gate due to the fee free weekend, the great weather we had despite a few gusts of high winds, the great climbing and skiing conditions, or just the joy of being on a really cool mountain, but whatever the reason we are glad you enjoyed your time spent in the park. 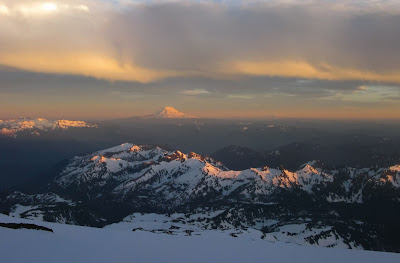 Check out new route updates on the DC, Gib Ledges, Liberty Ridge and more on our conditions page. The forecast for the next few days looks like it's going to be COLD again with a few showers, but the weekend looks like it should be fairly pleasant, so come on up and enjoy!
Posted on Monday, June 10, 2013

After the past few weeks of stormy weather, the skies have cleared and there is a bunch of new snow on the mountain. During the last storm cycle, waist deep snow drifts were being reported with consistent winds in the 40 mph range. There were significant avalanche hazards with point release and slab avalanches occurring naturally as well as a few that were skier triggered. Thankfully no one was buried or injured. The Nisqually basin especially saw a considerable amount of activity with the rapid warming that came after the storms.

The past week has seen climbing parties being stymied by wintry conditions and increased avalanche potential, but that is changing with more stable weather and snow conditions. The past couple of days have seen successful ascents of the DC, Gib Ledges, Liberty Ridge, the Emmons and more (we'll be putting up info as we get it from some of the more remote areas).

Point release avalanches, rising freezing levels and unsupported snow bridges are still a concern but should not keep interested climbers away. With the recent new snow and rising temperatures, be on the look out for loose snow and rock above you and unsuspecting climbers below. Climbing early and being off route before the solar radiation impacts the snow is critical right now but conditions overnight and early morning could be great for climbing.

Potential hazards aside, its going to a beautiful week, so enjoy the warm weather out there and climb safe! 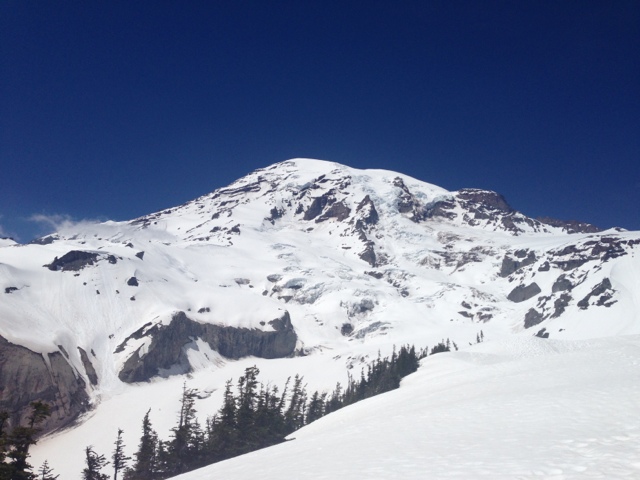 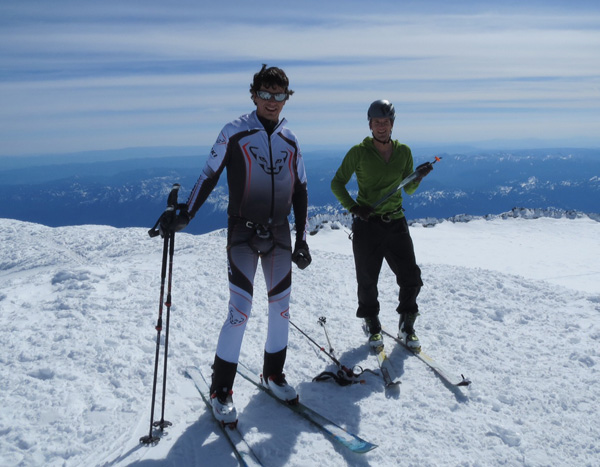 So a couple of our rangers ran into some guys going for a speed record on the summit last week, they were able to get a brief conversation and snap a photo of them before they took off downhill. According to their clocks they made it from Paradise to the summit and back to Paradise in 4 hours and 19 minutes...which if you aren't familiar with that route means they went really really fast! Check out their full story here. There have been a number of speed ascents over the years but as far as we know Nick and Eric were the first to do it with skis.

It's looking like we are at the start of a spell of nice weather. Lots of fresh snow on the mountain should make for some great climbing and skiing conditions, especially if you hit it early before the sun turns everything to mid-day glop. Visit our route conditions page for recent conditions reports and thanks to Dmitry Shapovalov for a great report of their recent climb of Success Cleaver.
Posted on Monday, June 03, 2013